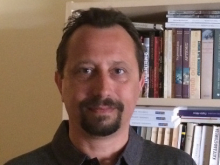 His research and teaching interests are in Contemporary French and Francophone Studies, more specifically, North African and Beur Literatures and Cultures, Film, Graphic Novels, Rap Music, Critical and Postcolonial Theory. Professor Berrada is particularly interested in analyzing the complex relationship between France and the Maghreb through the theoretical lenses of identity, space, traumatic memory, and displacement in view of a reassessment of contemporary claims to transnationalism. His current research focuses on clandestine narratives, namely stories of illegal immigrants crossing South-North borders in Contemporary Maghrebi novels and films.

Nandini Deo is an Associate Professor in the department of Political Science at Lehigh University in Pennsylvania, USA.  Her research is at the intersection of religion, feminism, and social movements in South Asia. Deo’s first book The Politics of Collective Advocacy in India, was co-authored with Duncan McDuie Ra and focused on the gains of NGOs networking transnationally. Her second book, Mobilizing Religion and Gender in India: The Role of Activism, compares the rise and fall of women’s movements and religious nationalism as an outcome of activist strategies as they responded to changing political structures. She is now editing a volume for Bloomsbury Press called Feminisms Beyond the Secular, which looks at how critiques of secularism have created new opportunities for feminist engagement with religion and politics. She is also running a project on corporate philanthropy in India. At Lehigh, Deo teaches courses on religion, gender, social movements, comparative politics, and political theory. She is originally from India and resides in Philadelphia. 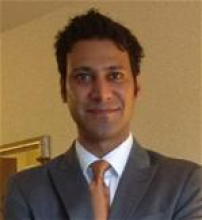 Khurram Hussain is an Associate Professor in the Religion Studies Department and the Director of the Humanities Center. He joined the Lehigh Community in 2009 as a Pre-doctoral Research Fellow with CGIS and was hired to his current position beginning Fall 2012. Hussain's doctoral work focused on the life and work of the 19th century Muslim reformer Sayyid Ahmad Khan and he received his PhD. from Yale University in December 2011. His research interests include the comparative study of religious ethics, political religion, modern Islam, and the relationship between tradition and modernity in contemporary religious discourse. 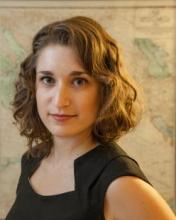 Allison Mickel is an Assistant Professor of Anthropology in the Department of Sociology & Anthropology and the Director of the Global Studies program. She received her PhD in anthropology from Stanford University in 2016 and her BA from The College of William and Mary in 2011.

Her research focuses on how local communities have impacted and been affected by the long history of archaeological work in the Middle East. By interviewing current and former site workers employed on archaeological projects, and utilizing statistical and visual methods like social network analysis, Allison Mickel maps, measures, illustrates, transcribes, outlines, and stipples the roles that local community members play in the processes of archaeological knowledge production. She has excavated in Jordan, Turkey, Kenya, and the United States. 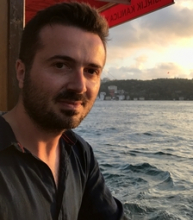 Ugur Pece, an Assistant Professor in the Department of History, is a historian of the Ottoman Empire and modern Middle East. His teaching and research interests include social, intellectual, and environmental history of the broader Middle East during the nineteenth and twentieth centuries. He is currently working on a book manuscript based on my dissertation, Island Bonds: The Civil War in Crete and the Rise of Mass Protest in the Ottoman Empire, 1895-1912. Presenting a combination of local, imperial, and trans-imperial history, his book examines how a violent conflict on the multi-confessional and geostrategic island of Crete provoked a European military intervention in the eastern Mediterranean at the turn of the twentieth century. This project explores the displacement of the island’s Muslims and traces their forced journeys to the Balkans, Anatolia, north Africa, and Syria, where they emerged as central actors in a long-lasting movement of popular protest and economic boycott. In addition to this, he has an interest in graphic novels as a genre and plan to collaborate with my brother Yusuf on a historical graphic novel set in the final decades of the Ottoman Empire.

Michael L. Raposa is a Professor of Religion Studies and the E.W. Fairchild Professor of American Studies at Lehigh University. He joined the Lehigh faculty in 1985; from 2006-08, he served as associate dean for undergraduate programs in the College of Arts and Sciences. Raposa’s primary research and teaching interests are in the philosophy of religion.

Robert Rozehnal is a Professor of Religion Studies and the founding director of Lehigh's Center for Global Islamic Studies. He holds a PhD in Islamic Studies from Duke University and an MA in South Asian Studies from the University of Wisconsin-Madison. He has traveled widely in the Muslim world, with extended periods of study and fieldwork research in India, Pakistan, Egypt, Iran, Turkey and Malaysia. In addition to the history and practice of Sufism in South Asia, his research interests include postcolonial theory, religious nationalism, ritual studies, digital religion, and globalization.

At Lehigh, Rozehnal teaches a variety of classes on Islam, comparative South Asian religions, and the intersections of religion and modernity. He is also active in numerous interdisciplinary programs on campus, including Global Studies and Asian Studies.  He is the author of numerous articles and three books: Cyber Sufis: Virtual Expressions of the American Muslim Experience (Oneworld Publications, 2019); Piety, Politics and Ethics in Southeast Asian Islam: Beautiful Behavior, editor (Bloomsbury Publishing, 2019); Islamic Sufism Unbound: Politics and Piety in Twenty-First Century Pakistan (Palgrave Macmillan, 2007). 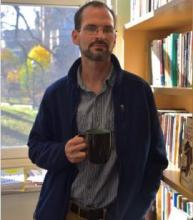 Bruce Whitehouse joined Lehigh's faculty as Associate Professor of Anthropology in 2008 following graduate work at Brown University. He has conducted ethnographic fieldwork in Nigeria, Mali, and the Republic of Congo. His research focuses on transnationalism, Islamic identity and social change, particularly among populations living in or originating from Africa's western Sahel region. 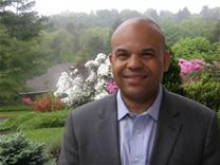 Saladin Malik Ambar is a former Associate Professor in the Department of Political Science where he taught courses in American politics on the American presidency and governorship, race and American political development, and political parties and elections.  He is a 2008 graduate of Rutgers University's PhD program in political science and a 2007 fellow of the Miller Center of Public Affairs at the University of Virginia. Professor Ambar is the author of How Governors Built the Modern American Presidency (University of Pennsylvania Press, 2012) which won the Robert C. and Virginia L. Williamson Prize in the Social Sciences, and Malcolm X at Oxford Union: Racial Politics in a Global Era (Oxford University Press, 2014).  He is currently working on a book about the political career and thought of the late former New York Governor, Mario M. Cuomo. Since his arrival in 2009, Professor Ambar was active in Lehigh's Africana Studies program where he has taught courses in Black Political Thought, along with a First Year Seminar on the Political Philosophy of Barack Obama. 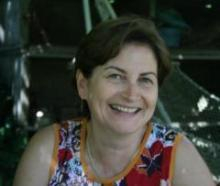 Marie-Hélène Chabut is Professor of French in the Department of Modern Languages and Literatures. Her research focuses on eighteenth-century French literature, especially on Diderot and women novelists. She is the author of Denis Diderot: Extravagance et génialité (1998) as well as numerous essays and articles on female novelists, most notably Isabelle de Charrière. She is presently working on a study of the construction and representation of alternative models of masculinity in works by French women novelists of the Enlightenment.

At Lehigh she teaches courses on French literature and culture, and on women writers. A strong advocate of dialogue and mutual respect between people of different cultural and linguistic backgrounds, she has participated in the creation and implementation of such Lehigh programs as Global Citizenship and Global Studies. She has worked at making Islamic cultures and Arabic more visible at Lehigh by developing our program in Arabic language and by bringing speakers and a Fulbright scholar from Egypt to campus. 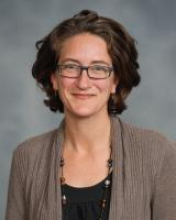 Susan Kart earned her doctorate and master’s degrees in African art history from Columbia University. Her bachelor’s degree in art history was awarded with high honors from Smith College. She also studied at the Paris IV-Sorbonne in Paris, France. Prior to joining Lehigh’s faculty, Kart served as a professor of African art history at Sarah Lawrence College and as curator for the Art Gallery at Yonkers Riverfront Library, where she has curated or overseen twelve exhibitions. She has published in journals such as Critical Interventions, African Studies Review, and African Arts, and is working on new articles and a book about her research, found object art in post-colonial Senegal and the work of Moustapha Dimé. 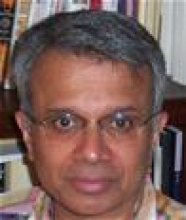 During his time at Lehigh University, Rajan Menon was the Monroe J. Rathbone Professor in the Department of International Relations. He is the author ofThe End of Alliances (Oxford University, 2007).  His research on the Islamic world covers Central Asia, the South and North Caucasus, Afghanistan, Pakistan, India, Turkey, and Indonesia. He has written articles on these parts of the world for such journals as Foreign Affairs, International Security, Survival, The National Interest, and The American Interest. He is frequent contributor to the Los Angeles Times and Newsweek, and his op-eds have also appeared in Financial Times, International Herald Tribune, Christian Science Monitor, washingtonpost.com, and the Chicago Tribune. He has been a commentator on National Public Radio, CNN, ABC News, Canadian Broadcasting Corporation, BBC, and the Australian Broadcasting Corporation 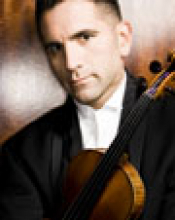 Violinist Timothy Schwarz has been hailed by critics around the world for his exemplary technique and passionate musicianship. He made his debut as soloist with the Philadelphia Orchestra at the age of nine, and continues to solo extensively in the United States and abroad. The American Record Guide hailed his latest CD as “The one to have, if you can only have one”. In 1995, Schwarz was appointed an “Artistic Ambassador” by the United States State Department. As part of this appointment, he has performed All-American recitals in over a dozen countries in the Middle East, North Africa, and Southeast Asia. He has commissioned numerous works, which combine Arab and American melodies. These commissions brought him special recognition by Ambassador Ryan Crocker and an invitation to perform at the Egyptian Embassy in Washington, DC.