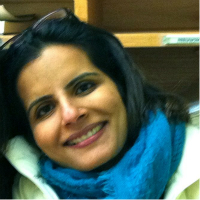 Tehseen Thaver (Visiting Scholar Fall 2013-Spring 2014)
Tehseen Thaver is a native of Karachi, Pakistan. She received her PhD in Religious Studies/Islamic Studies from University of North Carolina at Chapel Hill in 2013. Her research explores the interplay between literary exegesis and sectarian theology in early Islam. Conceptually she is interested in the question of how the relationship between language and revelation was contested during the formative years of Islam. Her dissertation focused on the Arabic Qur’an commentary of renowned Shi‘i theologian, poet, and historian of Baghdad, al-Sharif al-Radi (d.1015CE). It argued that the Qur’an commentaries of Shi‘i scholars in early Islam should not be conceptualized neatly as articulations of a defined sectarian identity. Rather these commentaries should be approached as products of a discursive tradition inflected by multiple intellectual genealogies and cosmopolitan literary cultures. As part of her work, she has conducted research in Iran, Pakistan and Turkey. At Lehigh she is teaching classes on the Qur’an, Religion and Culture of Iran, Sufism, and Introduction to Islam. 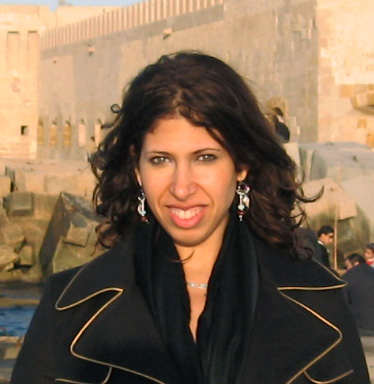 Christine Kalleeny (Professor of Practice in Arabic, Fall 2010-Spring 2014)
Christine N. Kalleeny is Professor of Practice in Arabic as well the Arabic language Coordinator at Lehigh University since Fall 2010, when she completed her doctorate degree in Comparative Literature at Emory University. Her doctoral thesis was a comparative study that explored the vital relations among the experiences of intoxication, erotic desire, and poetic language in poetry of the 9th century Arab poet Abu Nuwas and the Symposium of Plato. This summer, with the help of the CGIS Summer Faculty Research Grant, she plans to develop her latest research interest: the evolution and public reception of the Arab erotic-poetic musical tradition of "Tarab," in the wake of globalization.

Heather Coffey (Visiting Scholar, Fall 2012-Spring 2013)
Heather Coffey holds a doctorate in the History of Art from Indiana University (2012) and an MA in the History of Art from the University of Toronto. Her dissertation, entitled “Unleashing the Dragon: Picturing the Prophet Muhammad in Joachim of Fiore’s Liber figurarum,” examines a pejorative rendering of the Prophet Muhammad, and of Islam, in a collection of painted picto-diagrams produced in a monastic context in Calabria, Italy, c. 1220. Her research specialty is Medieval Mediterranean art, encompassing themes related to Christian and Islamic cross- and inter-cultural relations. She has published articles concerning the relation between the spread of mi‘raj texts in translation and the efflorescence of illustrated manuscripts of Beatus of Liébana’s Commentary on the Apocalypse in Spain from c. 940-1250; the devotional motivations of the miniaturization of Qur’anic and other religious texts within Islam; and the somatomorphic representation of the Prophet Muhammad in illustrations of Dante Alighieri’s Divina Commedia.

Sangay Mishra (Postdoctoral Fellow, Fall 2012-Spring 2013)
Sangay Mishra was a Dornsife College Distinguished Post Doctoral Fellow at the University of Southern California, Los Angeles before coming to Lehigh. He received his PhD in Political Science from USC, Los Angeles. He specializes in American Politics and Comparative Immigration with a focus on racial and ethnic politics and specifically studies the political behavior of racial and religious minority groups. He is currently finalizing a book manuscript on political incorporation of South Asians in the United States. The book, under contract with the University of Minnesota Press, situates the political involvement of South Asian Americans in the broader debate on political incorporation of new immigrant and minority groups in the United States.  Sangay’s other areas of research are: intersection of race and religion, racial profiling of racial and religious minorities, comparative immigration policy, transnationalism, citizenship, and Asian American politics. His current research project focuses the emerging patterns of interaction between Muslim communities and the law enforcement agencies in the post-9/11 period in Southern California and New York Metropolitan Area. 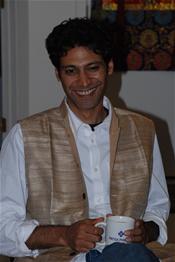 Khurram Hussain (Predoctoral Fellow, Fall 2009-Spring 2011; Visiting Assistant Professor, Fall 2011-Spring 2012)
Khurram Hussain completed his PhD thesis from the department of Religious Studies at Yale University in 2011. He received his BA in Religion and Physics from Bowdoin College in 1997, and his MA in Religion from the Yale Divinity School in 2004 with a concentration in Ethics. His research interests include the comparative study of political religion, modern Islamic reform movements in South Asia, and the relationship between tradition and modernity in contemporary religious thinking and identities. His dissertation focuses on the life and work of the late 19th century Muslim reformer Sir Sayyid Ahmad Khan.

Harry S. Neale (Visiting Scholar, Fall 2011-Spring 2012)
Harry S. Neale holds a PhD in Near Eastern Studies from the University of California, Berkeley, and an MA in Near Eastern Studies from the University of Arizona.  He has taught courses on Middle Eastern Literature in Translation, Elementary and Intermediate Arabic, and Elementary Persian.  He has spent much time in the Muslim world, studying in Yemen, Morocco, Iran, Lebanon, and Tajikistan, as well as traveling extensively throughout North Africa, the Middle East, and Central Asia.  His research interests include early Sufi hagiography, Islamic wisdom literature in Arabic and Persian, and orality in pre-modern literary traditions.  He has a keen interest in languages and has studied many.  In addition to his primary research languages, Arabic and Persian, his reading languages include French, Spanish, Russian, German, Ancient Greek, and Welsh.  He has published articles in Journal of Arabic Literature, Journal of Indo-European Studies, and Middle Eastern Literatures.

Youshaa Patel (Predoctoral Fellow, Fall 2011; Postdoctoral Fellow, Spring 2012)
Youshaa Patel received his PhD in the Graduate Program of Religion at Duke University.  He has taught classes in Early Islamic history at Duke University, and has undertaken research in India, Qatar, Jordan, Yemen, and Syria, where he was a Fulbright-Hays fellow. His research encompasses Islamic intellectual and social history in the Middle East and South Asia, with particular interests in Muslim interactions with religious others, Islamic law, and Modern Islam.  His work blends textual, theoretical, and social scientific approaches to produce scholarship that crosses disciplinary faultlines.  His dissertation is the first historical study in a Western language of how Muslims have imagined religious difference.

Yasir Ibrahim (Visiting Scholar, Spring 2011)
Yasir S. Ibrahim is an Associate Professor in the Philosophy and Religion Department at Montclair State University, New Jersey. He holds a PhD in Islamic Studies from Princeton University and an MA in Religious Studies from Florida State University. He teaches courses on Islam such as Islamic Religious Traditions; Jihad: Just War, Holy War; Islamic Ethics and Law; and The Qur’an and Prophetic Traditions. His research interests include twentieth-century Islamic reform movements in the Middle East, Islamic legal theory and Qur’anic studies. He has published articles in the journals Studia Islamica, Journal of Islamic Studies and Journal of Ecumenical Studies.

Pedram Partovi (Visiting Scholar, Fall 2010-Spring 2011)
Pedram Partovi received his PhD in History at the University of Chicago. His dissertation investigated components of popular civil religion in Iran as represented in the native commercial cinema of the 1960s and 1970s.  He is currently researching the Indian origins of popular film in Iran and their contributions to a modern Persianate culture.

Nagihan Haliloglu (Visiting Scholar, Spring 2010)
Nagihan Haliloglu was born in Istanbul. She holds an MSt degree in Oriental Studies from the University of Oxford. She completed her PhD dissertation entitled “Narrating from the Margins: Representations of Female and Colonial Selves in Jean Rhys’s Novels” at the University of Heidelberg. She has published articles on diasporic writing and the contemporary Turkish novel including, “An Alternative Genre for Diasporic Memoirs: The Textual-Graphic Representation of Iran in Marjane Satrapi’s Persepolis” in Arteeast Quarterlyand “Rethinking Ottoman Empire: East-West Collaboration in Orhan Pamuk’s White Castle” in Re-Thinking Europe: Literature and (Trans)National Identity (Textxet, 2008). In 2005 she co-taught a class on a comparative reading of the Koran and the Bible (‘In the Beginning Was the Word: Read!') at the Giessen Graduate School. 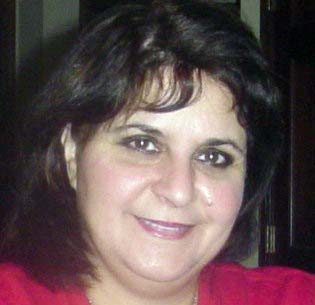 Fatma El-Turky (Visiting Lecturer in Arabic, Fall 2009-Spring 2012)
Fatma El-Turky has been teaching Arabic language for the past 20 years in Michigan and Pennsylvania. She has taught  at University of Detroit, Moravian College, Muhlenberg College and Lehigh University. She teaches all levels, from elementary Arabic to advanced special topics. Previously she taught an intensive Arabic for professionals relocating to the Middle East. Fatma also is an approved interpreter at the Lehigh Valley Court and worked as a senior interpreter for the USA Air Force during the summer of 2007. Recently she conducted online Arabic classes for universities and high schools in Pennsylvania as well. She lectures locally on the cultural, political, and religious aspects of Middle East and has served as a media commentator for the local news papers and TV stations. Fatma holds a Master’s degree in Near Eastern Studies from Wayne State University, and a BA in social science from the University of Alexandria, Egypt.